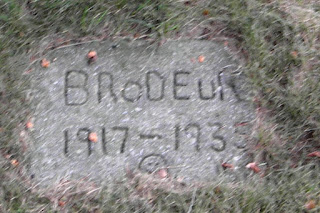 I wrote before about finding this tombstone and being intrigued by it. I admit, in the intervening time, I haven't done anything about. It's kind of just been sitting in the back of my mind, along with the million other items that are collecting dust in there.

A few times a year, I submit my photos to an online service to order prints. I had one such order come in this week. I didn't open the box until Saturday night when I sat down to sort the photos and prepare to put them in albums/scrapbooks. When I opened the box, I discovered that (in error) I had been sent 300 copies of this one photo! I'm starting to wonder if the universe (God) is trying to tell me something . . . 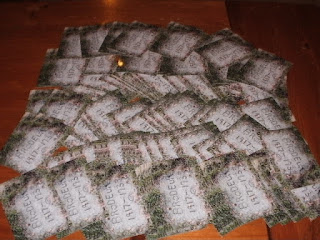