#ShowUsYourList My Picks in Catholic Fiction

With so many people complaining about a certain movie currently in the theaters, Erin Cupp has challenged Catholic bloggers to post their lists of recommended books/movies on Shrove Tuesday a.ka. Mardi Gras with the hashtag #ShowUsYourList. "Blog a list of at least three works of quality fiction that illustrate truth, beauty and goodness.  These can be books, movies, podcasts, whatever, but they MUST BE ENTERTAINING" and then challenge those complaining about the current state of fiction to promote what is good!

So, these are my picks: 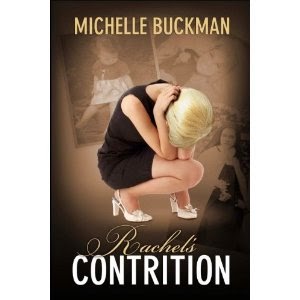 - by Michele Buckman - winner of the Catholic Arts and Letters Award a few years ago, this is hands down the best Catholic fiction I've ever read. I read it twice and both times was riveted.

Rachel Winters had nothing, won it all, and then lost everythingAfter the death of her daughter, grief-spawned delusions cause Rachel to lose her husband, her home, and custody of her son.
Help arrives from two unlikely sources: a young teen, Lilly, battling her own demons, and a tattered holy card depicting Saint Therese of Lisieux.

As Rachel grows closer to Lilly and comes to know Saint Therese, unbidden memories from her edgy past reveal fearful mysteries of seduction, madness, and murder . . . and a truth that will haunt her forever. 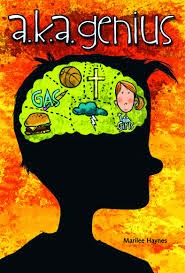 and Genius Under Construction

by Marilee Haynes -  These books are just pure fun - designed for Middle Schoolers but adults will laugh out loud, too, especially if you happen to have pre-teen or teen boys in your life.

Thirteen-year-old Gabe Carpenter is just like any other middle-school boy at St. Jude Academy...well, except for the fact that based on his scores on some seventh grade test, he is considered a "genius" and is placed in an enrichment class with other gifted students. But he sure doesn't seem like a genius-after all, he can't even open his own locker and his brain stops functioning when Becca, his sister's best friend, comes around.

As if these problems aren't enough to deal with, he is convinced that one of his arms is longer than the other, he has yet to grow a mustache, and his second best friend is mad at him. Even worse, his nervousness causes some pretty embarrassing bodily functions. And at home, his dad expects him to be some kind of basketball star athlete instead of a science nerd who predicts the weather.

Join Gabe as he navigates the trying times of middle-school, wonders what it means to have brains, and learns what it truly means to be himself. 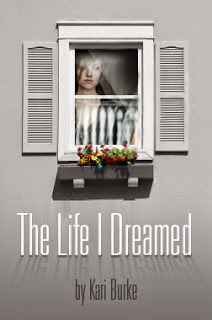 The Life I Dreamed

by Kari Burke - Unlike so much Catholic fiction which can sometimes be preachy and unrealistic, this book presents a mother truly struggling with her vocation. I could definitely relate.

Motherhood is a gift.
Children are a blessing.
Marriage is a sacrament.
Emmy O’Brien knows all that. There was even a time she fought to promote those very values and beliefs. After having four children in rapid succession though, the demands of home and family have blurred her strong convictions. Tired, overwhelmed, and dissatisfied much of the time, she struggles each day to meet the needs of those around her. When her husband receives a phone call from a 16 year old girl, unexpectedly pregnant and suddenly homeless, Emmy’s world is turned upside down and she must now decide, are her old-fashioned values and beliefs still worth fighting for? 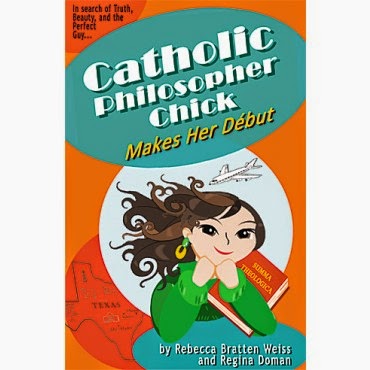 by Regina Doman and Rebecca Bratten Weiss  - this is another fun book - the intellectual Catholic woman's chick lit. Brush up on your Aquinas and Latin and then dig in for some great fun. A sequel, Catholic Philosopher Chick Comes on Strong

Traveling to Texas to study philosophy, Catelyn Frank encounters a plentitude of dilemmas, including the roommate from hell, a classful of seven chauvinistic men, and a bewildering feeling that the Perfect Guy is close at hand...

But with her trusty Summa, the prayers of the Angelic Doctor, and her eclectic friends, Cate is sure she can win her classmates' respect--even when they try to use her beloved Aquinas against her!

Obviously, I haven't read all the Catholic fiction out there. I'm sure the other #ShowUsYourList picks will feature some excellent books. I would be incredibly honored if someone mentioned one that I have written! The point is that there are wonderful books out there that there are definitely worth reading and movies worth watching. You just need to look for them! Ignore the bad stuff and search for the good!